DON BEDO II by DONNERHALL standing at stud for 2016

Don Bedo II is a direct son of arguably the most influential, sought after and famous Dressage sire to have ever lived - the all time great Donerhall!

Donnerhall passed away in January 2002 and his semen did not freeze well. To date no pregnancies have been achieved and therefore the remaining sons and daughters are very precious, being all that remain of this world famous dressage progenitor.

Don Bedo was born in 2001 which was Donnerhalls last active year at stud. This makes Don Bedo II one of the youngest licensed sons of Donnerhall. And we think Don Bedo II is currently the only direct son of Donnerhall standing at public stud in the uk!

His dam Rosita is a state premium mare and a member of the successful hannoverian family 157. Just like the famous dressage progenitor Rubinstein I she carries the blood of the stallions Rosenkavalier and Angelo xx.

Don Bedo II is born from a very successful family. He has a licensed full brother called Don Bedo I who died age 12 and was an international sensation. He was champion of the 1998 stallion licensing, produced 25 state premium mares has 158 offspring registered as sports horses. His most famous son was the champion of the 2003 westfalian licensing, Dancing Dynamite. Other approved stallions from this mare line include Furst Khevenhuller, Royal Blend, Shakespeare in Love, Stan the Boy and Zagallo.

Don Bedo II lived in his brothers shadow and was sold out of Germany as a result. However this was just months before his brothers untimely death. This will be the first time since his brothers death that he stands at public stud and we are very lucky to have him here in the uk. We feel very lucky to be able to offer British breeders the option to use a stallion with such a strong and complete world class pedigree.

Don Bedo II is trained to Grand Prix level in dressage. He has the most wonderful temperament. He hacks out with mares and geldings, lives in a normal stable in the middle of a busy livery yard. You really wouldn't know he was a stallion other than being off course very stunning.

We are very excited to get this lovely boy out and about and very much look forward to his first crop of foals! He will be standing at public stud at Eccliffe equestrian for 2016 and available by AI. His stud fee will be £600 NFFR 1st Oct. Concessions available for performance or top graded mares. Don Bedo will be attending the British bred sports horse stallion parade on the 9th of January or he can be viewed near Gillingham in Dorset 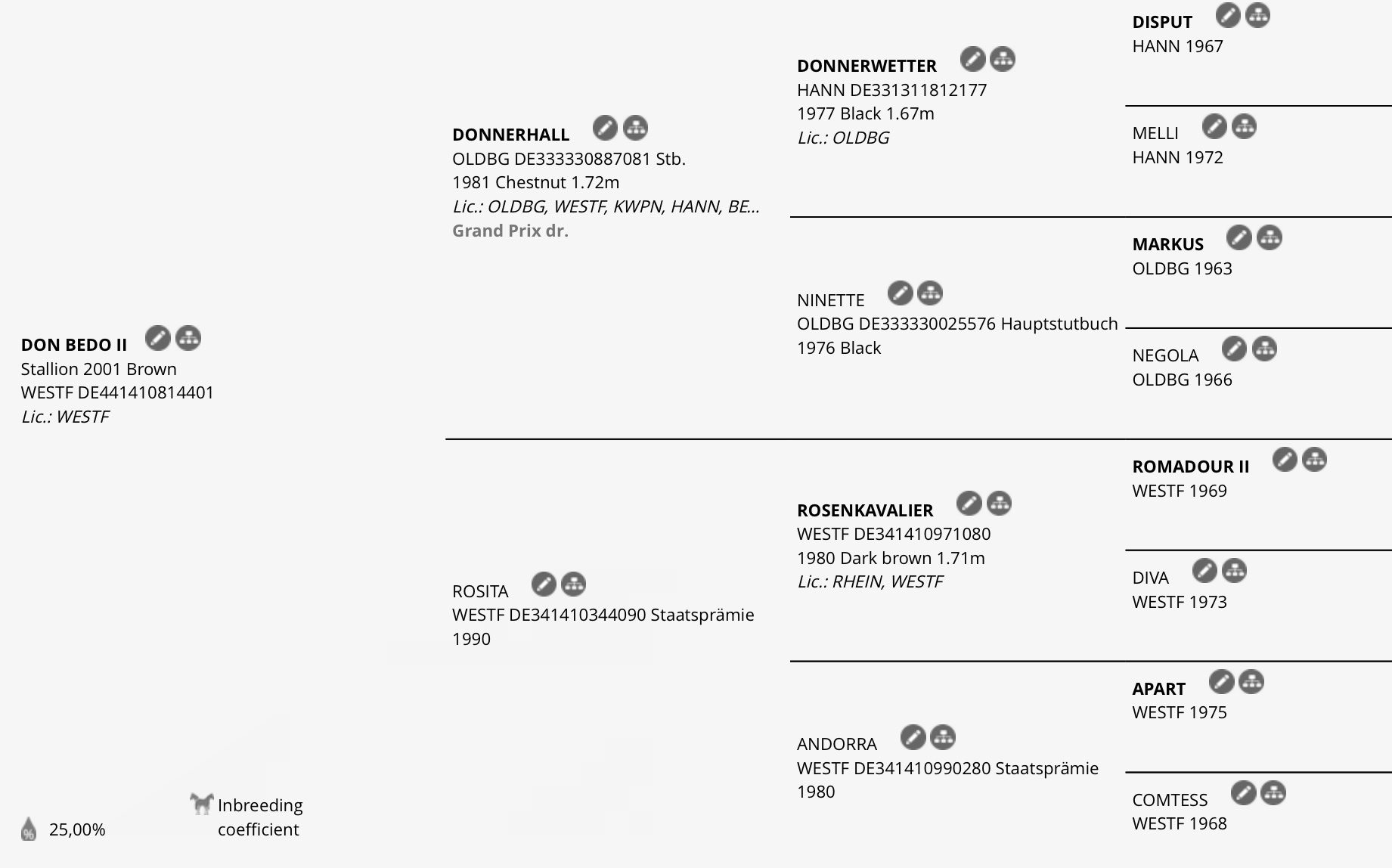